Preparing for the worst

I love my data and do everything I can to keep it. When I recently rebuilt my home server I took the opportunity to improve my backuprecovery strategy in case the worst happens. Here’s the new setup: 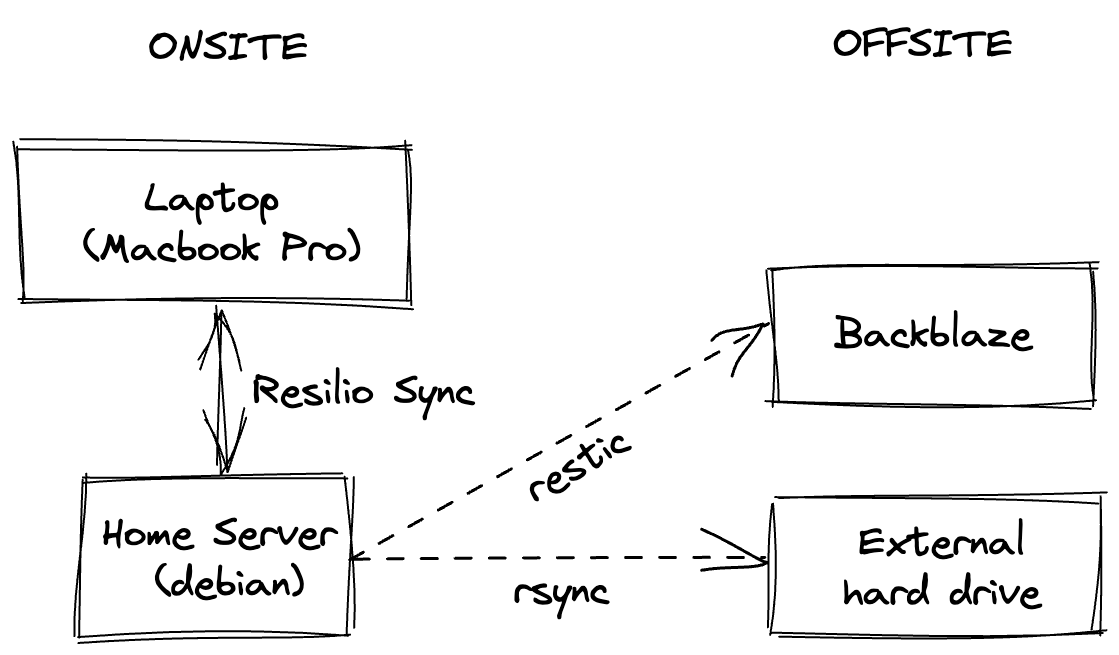 I have two sets of files I care about:

Documents are stored on my laptop and synced with my home server using Resilio Sync. I prefer this to Apple’s Time Machine, as I can access my documents from elsewhere when I don’t have my laptop on me: either using my phone with their iOS client, or over an SSH connection.

Online backups on my home server

ZFS volumes are snapshotted daily; the defaults provided by the zfs-auto-snapshot package were fine for me so it was as simple as running

Restic backups up to a Backblaze volume weekly.

rsnapshot copies to a LUKS-encrypted volume on external hard drive, which I keep off-site and update every month or so.

The old adage goes that you’re only as good as your last restore, so I have some automated restore testing in place. I don’t do complete restore tests for a couple of cost reasons: I don’t want to pay the egress costs, nor do I have enough disk space lying around to restore onto. Instead I:

Here’s the simple script to create the test file, executed weekly through the cron:

And the script that performs a test restore:

Both of these just use a metric that’s written to a local file on backup completion with the current timestamp, which the node exporter picks up.