As the midday bells rung out across Parliament Square, with the sun beating down, we began our journey. Actually, only one of those statements is true and, surprisingly given the recent weather, it was the latter of them. As the midday bells rang out across Parliament Square I was sat on the corner of Whitehall waiting for my sister. As I was to find out later, that would become the theme of the day… She arrived a couple of minutes after 12, so only a few minutes late getting going. Oh, apart from the loo trip. We finally made off at ten past twelve. 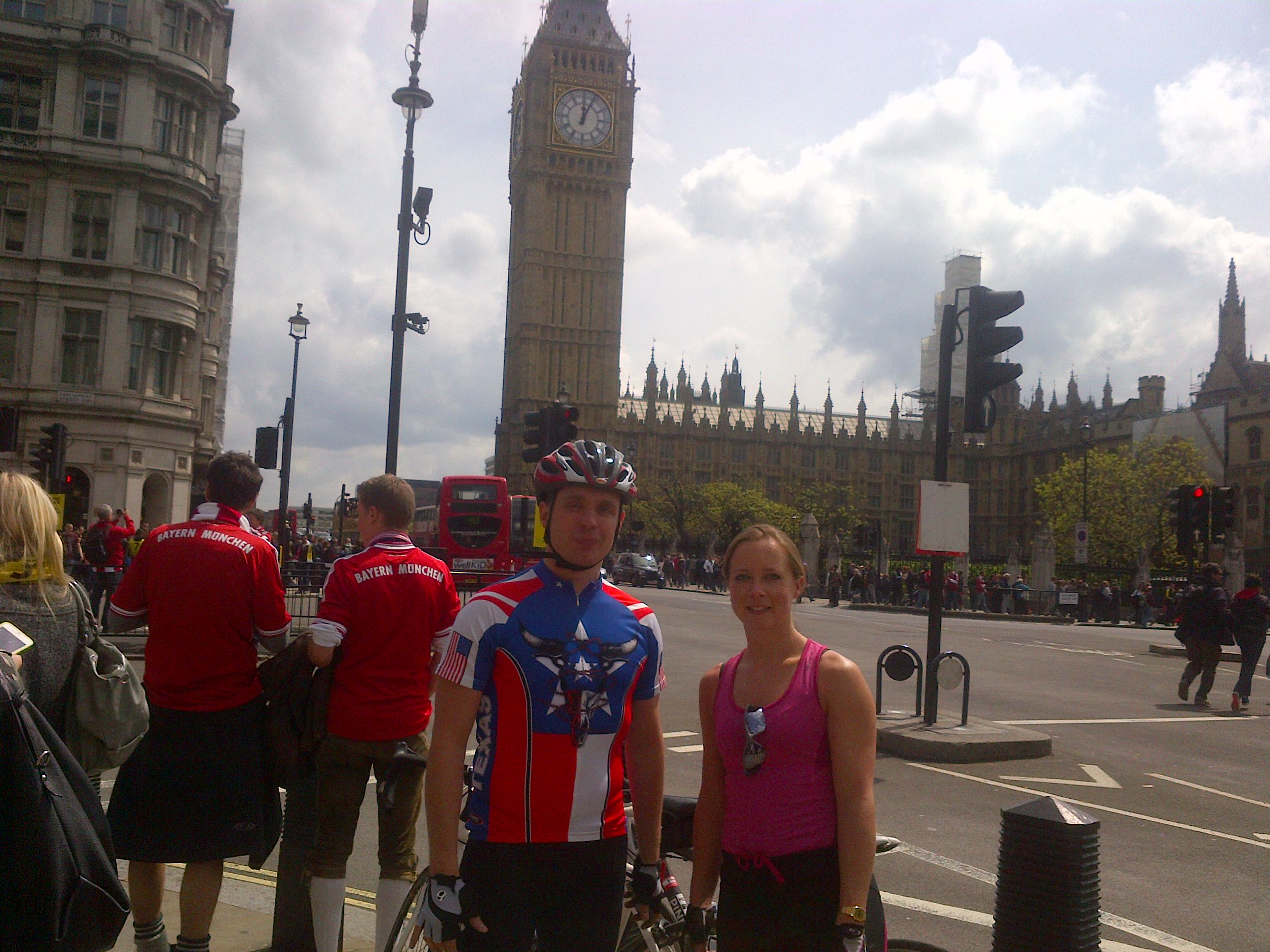 All was going well for the first… 3 feet. We pulled up at a red light only to encounter Emm’s arch-enemy in the flesh: a pigeon. As it strolled across the pedestrian crossing in front of us, it looked for a moment like we may have to hold up all the traffic behind us by waiting for it to finish its journey across. Thankfully, it made it just as the lights turned green and we continued on our way. Moments later, another catastrophe. Another bird. This time, however, it appeared from my fist and was directed towards the Chelsea tractor that decided that after giving me a few inches space as it passed me, it would then cut me up deliberately. Oh London drivers. I couldn’t wait for the country lanes.

Most of the rest of the journey was a lot less eventful, thankfully. We weaved our way through the roads of South London, following the pretty standard London to Brighton route, courtesy of Dan, whose route I programmed into the GPS (thanks for the detours, by the way). The villages of Sussex with their quintescentially English names were a delight, although Turners Hill was pretty daunting when it started appearing on signposts in the direction we were heading. You don’t name your village after a hill unless it’s a hill to be proud of. Not what we needed. Luckily, Turners Mound would’ve suited it better.

I’m sure the approach to the South Downs is a wonderful thing when in a car. However, approaching them under your own steam knowing you’ve got to get over them to get to your destination somewhat ruins the spectacular views. As we approached, it looked like the road might actually go around them, phew! Alas it was all a trick; we had to go over them after all. Ouch. That was one tough climb, made worse by the numerous false summits. I had a nice long break at the top though, waiting for slowcoach. It was mainly downhill from there all the way to the seafront, then across to Newhaven.

We’re now sat in a pub having devoured some dinner, waiting to go board the ferry, which sails at 11. A couple of hours kip before being thrown off at 4am, then it’s off to Beauvais!

I can’t actually upload the route we took today, but here the route we programmed into the GPS and pretty much followed apart from a few “detours”: